Because some culture never harmed anyone

Among the many rare but well known artifacts (like the golden mask of Agamemnon https://bit.ly/2uub7Xv ) there are also plenty equally rare but much less known ones. This article is presenting to you, just a few of them. 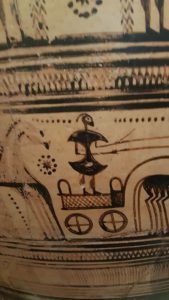 A detail of a big Vase, showing a warrior on a chariot, wearing his 8-shape shied as an armor. It is easy to distinguish that his head looks like an ant’s one. This is a Mirmidon, member of the legendary army that was under the command of Achilles, during the Trojan War. The word «Mirmidon» is originating from the word «mirmix», the ant in ancient Greek. According to the tradition Mirmidons were actually transformed ants. A more rational explanation about the name is that like ants, they were both fearsome and merciless. 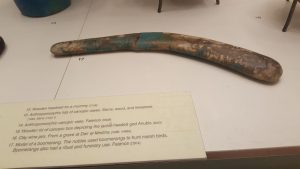 Aboriginals, Eddie Murphy and meme creators are not the only ones who have used boomerangs. Apparently, ancient Egyptians were also using them for hunting purposes. Unless Giorgo Tsoukalos is right. 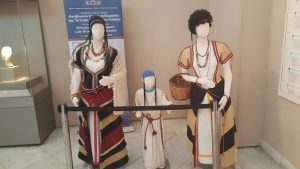 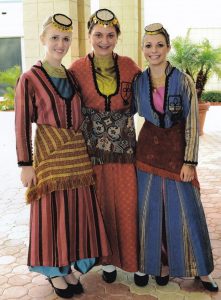 In the first photo you can see how women and girls were used to dress up during the Bronze Age apparel, 4,600-3,300 years ago. In the second, modern girls are posing, wearing traditional uniforms from Pontos area. I imagine that in New Kerasounta, a village in Epirus, they still wear it on national anniversaries. 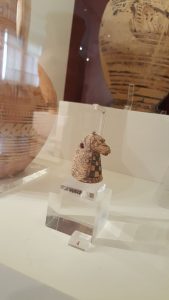 Not only it looks like the horse/knight piece of a chess board but it is also decorated with the chekered design of one. A coincidence perhaps. But then again, who knows. 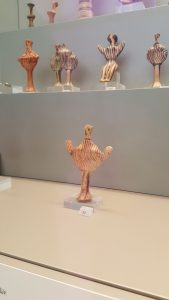 Ritualistic idols made of terracota and painted with red colors, looking awfully similar to people who dance sirtaki in fairs

This is the back side of a mirror with a small label saying «Hercules grabbing Dawn». Since Hercules is the one on the right side, it’s up to you to decide who is grabbing whom. 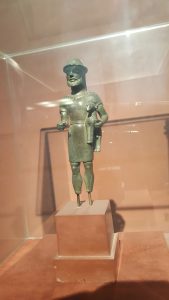 It is easy to understand if a statue is depecting Hermes, by two features. One, the winged sandals. Two, in case his ancles are missing, the silly hats he is wearing. Nevertheless, you can be Hipster, you can never be Hermes Hipster.

Which of these photos impressed you the most? For more informnation about the museum, visit its webpage https://www.namuseum.gr/

Days in Greece. The durable tourists

The peculiar case of Greek dragons